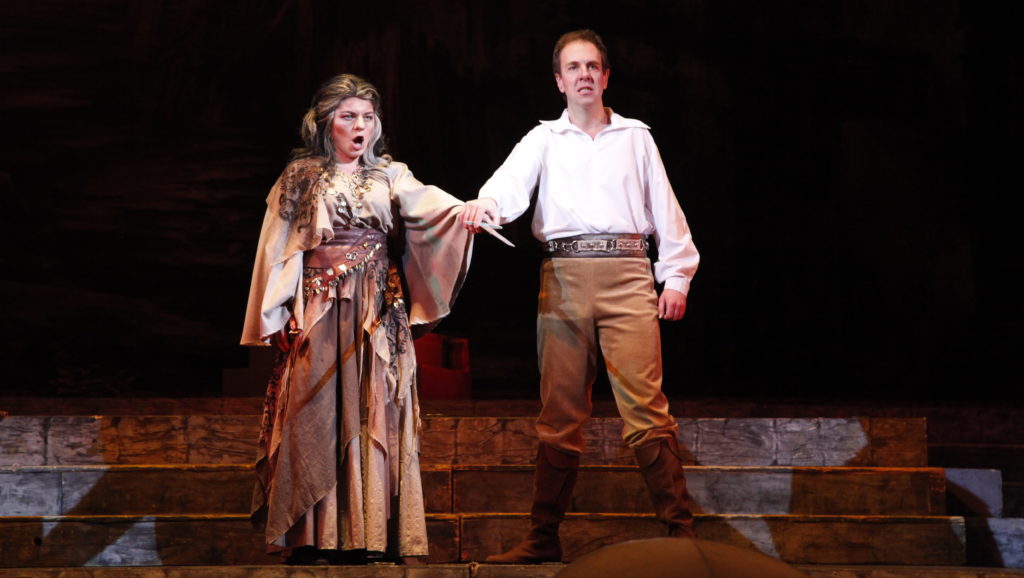 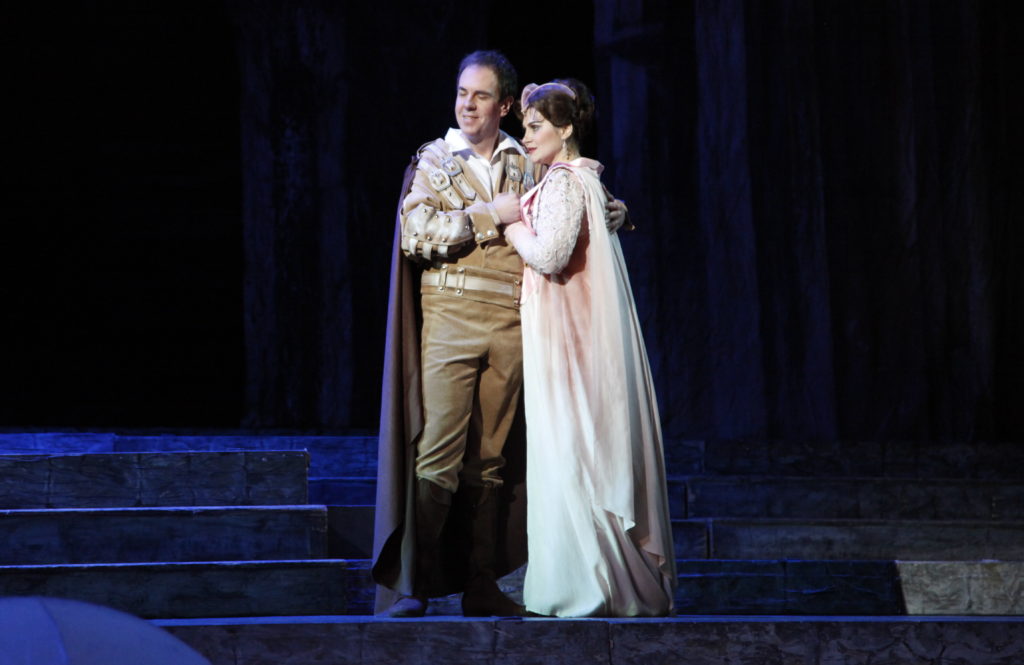 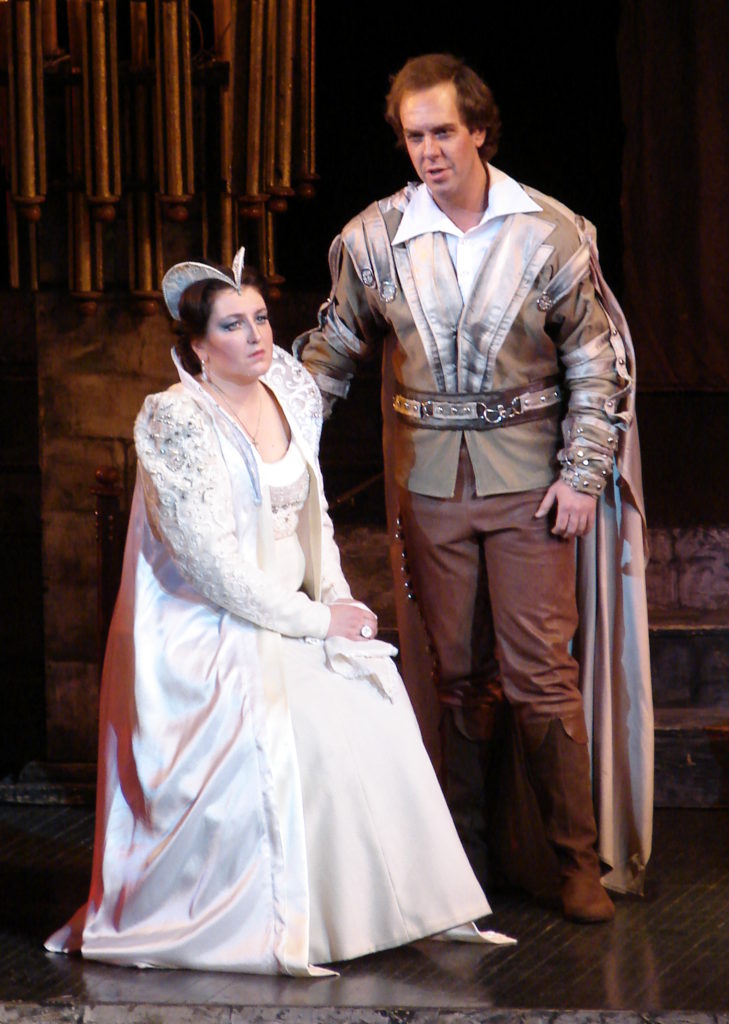 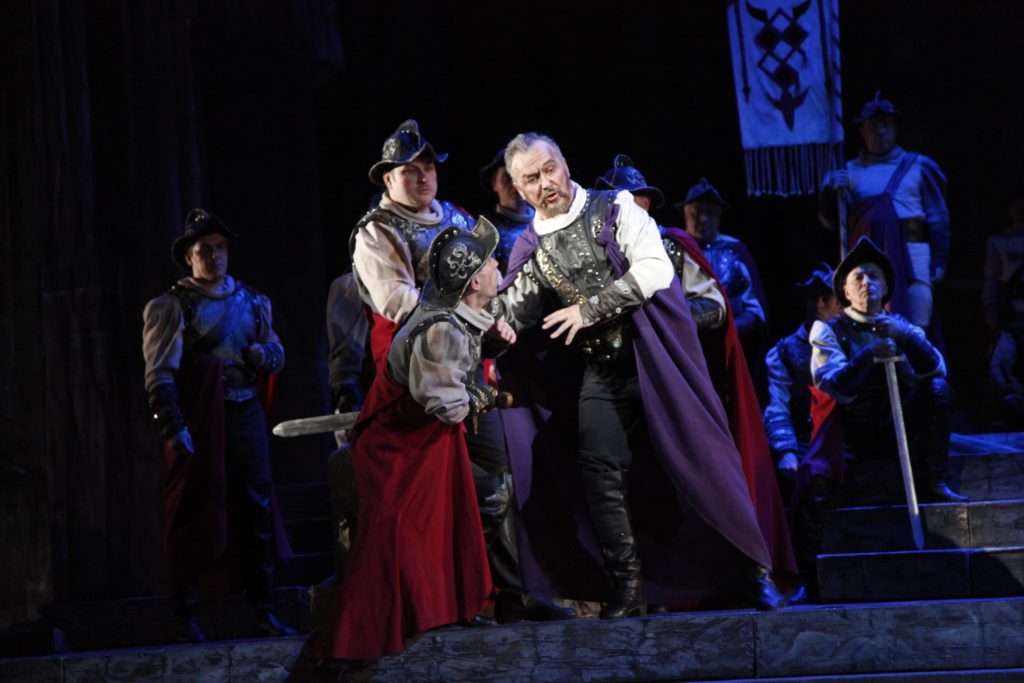 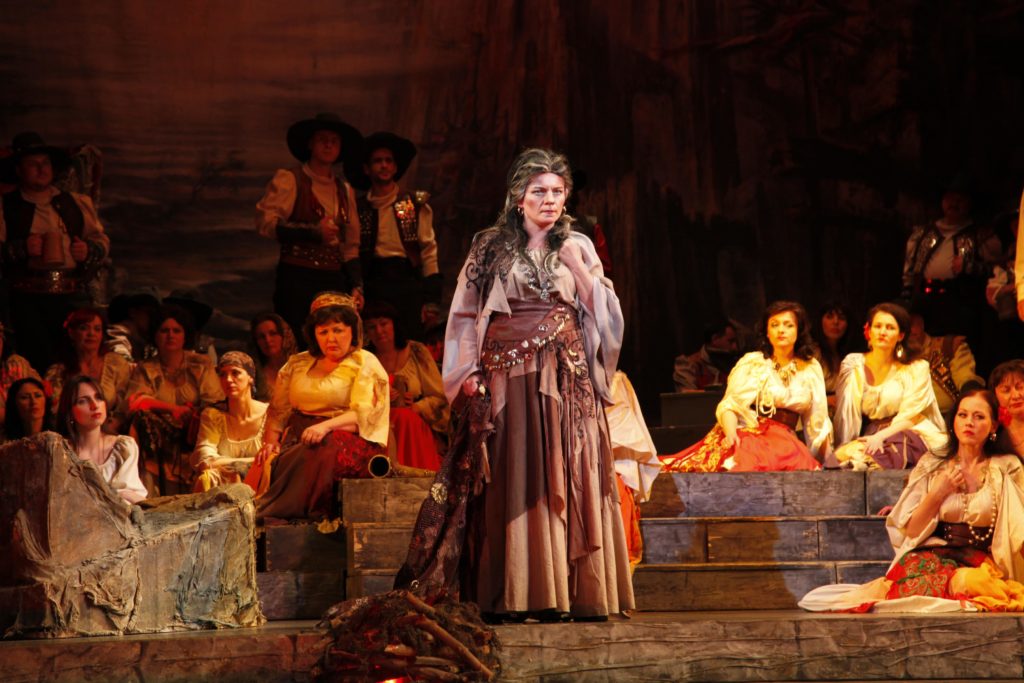 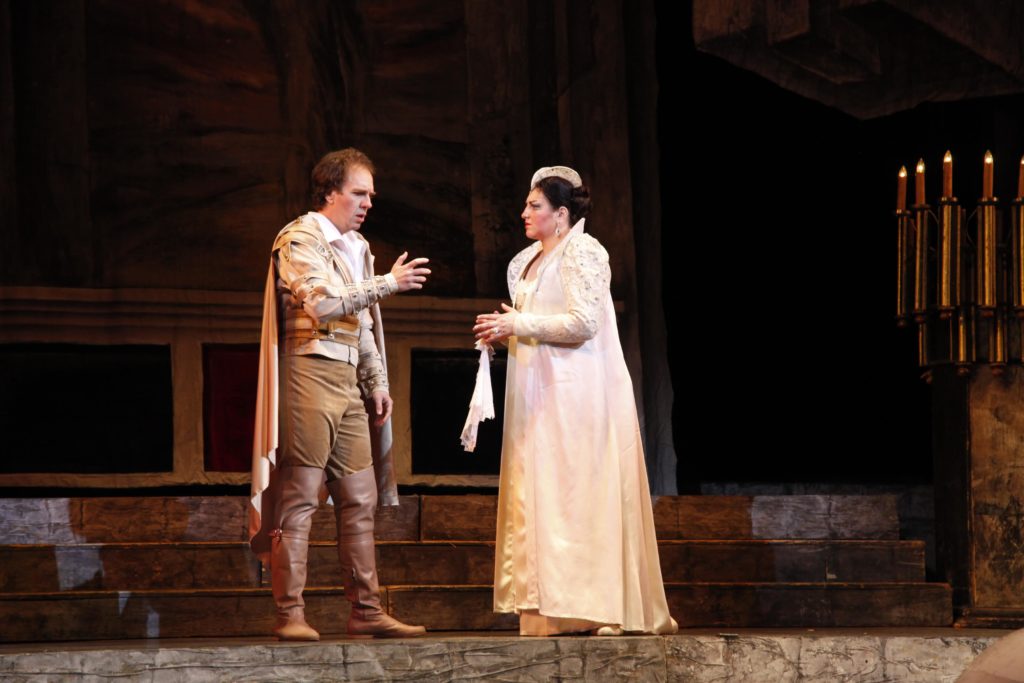 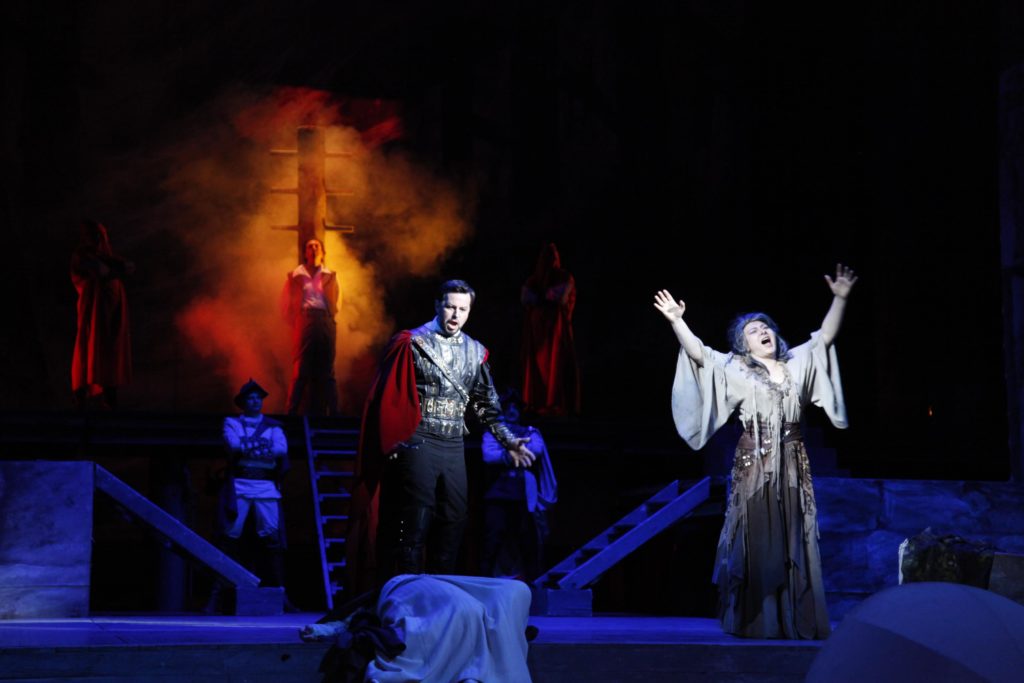 “Il Trovatore” is one of the most striking Verdi’s operas, a gloomy romantic drama full of fatal mysteries and love passion. Two brothers, troubadour Manrico and count di Luna, who are not aware of their family ties, become bitter rivals in the struggle for power and love of the noble lady Leonora.

Sung in Italian with Ukrainian subtitles

Night. The soldiers are on guard in the castle of Count di Luna. Ferrando, an officer in Count di Luna’s army, narrates the story about the Count and his brother. One day, when they were babies, an old gypsy came to the castle. Soon after one of the infants fell ill. A curse was thought to have been laid upon him. The gypsy, accused in witchcraft, was hunted down and burnt at the stake.
Count di Luna loves Leonora, a lady-in-waiting to the Princess of Aragon, but she loves a mysterious troubadour. Meeting accidentally, Count di Luna recognizes him as Manrico, an officer in the army of Prince Urgel and thus the Count’s enemy in the civil war. Both rush off to settle their dispute in combat.
Gypsy camp. Azucena tells Manrico about the tragic death of her mother and her vengeance. The grief of miserable Azucena, who once made a terrible mistake by throwing her own baby son into the fire, touches Manrico.
Alarmed Azucena realizes that she has let out her secret and reassures Manrico that he is her son. Manrico grieves about Leonora who, thinking him dead, is about to enter a convent.

Count di Luna together with a group of his soldiers is waiting for Leonora in the yard of the convent to force her to become his wife. However Manrico arrives and upsets this plan.
A military encampment of the troops of Count di Luna near the castle Castellor. Old Azucena is brought in. Ferrando recognizes her as the gypsy who kidnapped younger brother of Count Di Luna. Enraged Count determines to avenge his brother by having her burnt at the stake.
Chapel in the castle Castellor. The wedding ceremony of Leonora and Manrico is finished. Manrico receives news that Azucena has been captured by Count di Luna and is sentenced to death. Manrico rushes to save his mother.

The battle with the army of Count di Luna finished with the defeat of the rebels. Manrico and his friends have been captured. Leonora offers herself to the Count in exchange for Manrico’s freedom. The Count agrees, but as the orders for Manrico’s release are being given, Leonora sucks a poison concealed in her ring.
Prison. Manrico and Azucena are waiting for execution. Leonora persuades Manrico to flee. The poison has already begun to take effect: with her last strength Leonora explains that she has chosen to die as his love than to live as another’s. Count di Luna arrives. Realizing that he has been deceived, he orders to execute Manrico immediately. As the axe falls, Azucena announces that he has killed his own brother.

“Il Trovatore” is one of the most striking Verdi’s operas, a gloomy romantic drama full of fatal mysteries and love passion. Two brothers, troubadour Manrico and count di Luna, who are not aware of their family ties, become bitter rivals in the struggle for power and love of the noble lady Leonora. Obsessed with jealousy and vengeance, di Luna kills his brother, whom he has searched for all his life at the behest of his late father. Inspired by the play by Spanish playwright Antonio García Gutiérrez, Verdi created extremely bright musical images of the characters: the gypsy Azucena, who guards a secret of Manrico’s origin and is torn apart between maternal love and a desire for revenge; treacherous count di Luna; noble Manrico and his beloved Leonora. The beauty of the opera is emphasised by vivid gypsies, soldiers and count’s officers who are outlined in magnificent choruses.