Outstanding academic musicians Nazariy Stets and Antoniy Baryshevsky, who are known in Ukraine and on many world’s stages present a unique concert of music for the double bass and the piano.

Buy ticket
Libretto
About show
Outstanding academic musicians Nazariy Stets and Antoniy Baryshevsky, who are known in Ukraine and on many world’s stages present a unique concert of music for the double bass and the piano.
Programm:
Johannes Brahms Sonata for cello and piano  No.1,  E moll, Op.38 in 3 movements: 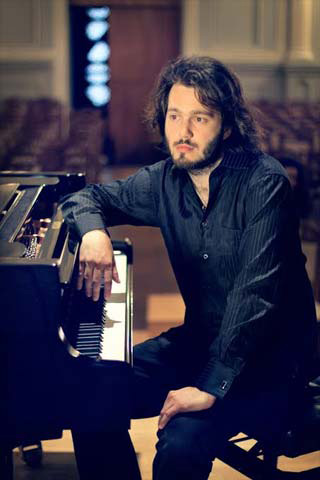 “Baryshevskyi has something special, a special talent. I think, he should have been awarded the First Prize.” Martha Argerich (from Filippo Michelangeli’s article on the Ferruccio Busoni Competition).

Antonii Baryshevskyi was born in Kyiv. His teachers at the Dmytro Kabalevskyi Children’s Music School # 14 were Alina Sorkina and Rita Donska.

He participated in the master classes conducted by Alfred Brendel, Daniel Pollack, Richard Hood and Lily Dorfman. At the age of 16, he became a laureate-nominee of the All-Ukrainian Program “Man of the Year” for the first time, and a year later participated in the European Radio youth concert in Munich.

Since 2012 he is a soloist of the National Philharmonic of Ukraine.

He has toured almost all countries in Europe, Israel, Japan, South Korea, Morocco and the USA. In particular, he performed at the Royal Concertgebouw Amsterdam, Konzerthaus Berlin та Berliner Philharmoniker, Kölner Philharmonie, London Wigmore Hall, Bologna Municipal Theater and others.

Antonii made TV and radio recordings in Ukraine, Serbia, Italy, Denmark, Spain. He has recorded a solo program at the Naxos Studio (2010); a disc with works of Mussorgsky and Scriabin, released in September 2015 on Avi-music, and a disc with all sonatas by Galina Ustvolskaya, released in 2017. In 2018, Antonii participated in the release of two studio records with works of Dmitry Shostakovich and music by Lily Boulanger.