Concert of the prize-winners of Odesa Violinists International Competition
з 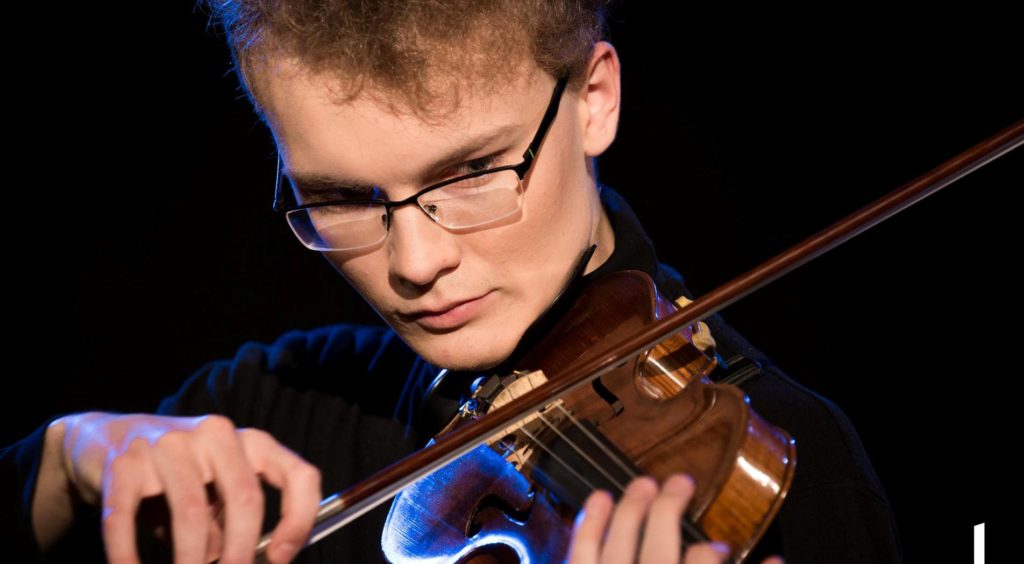 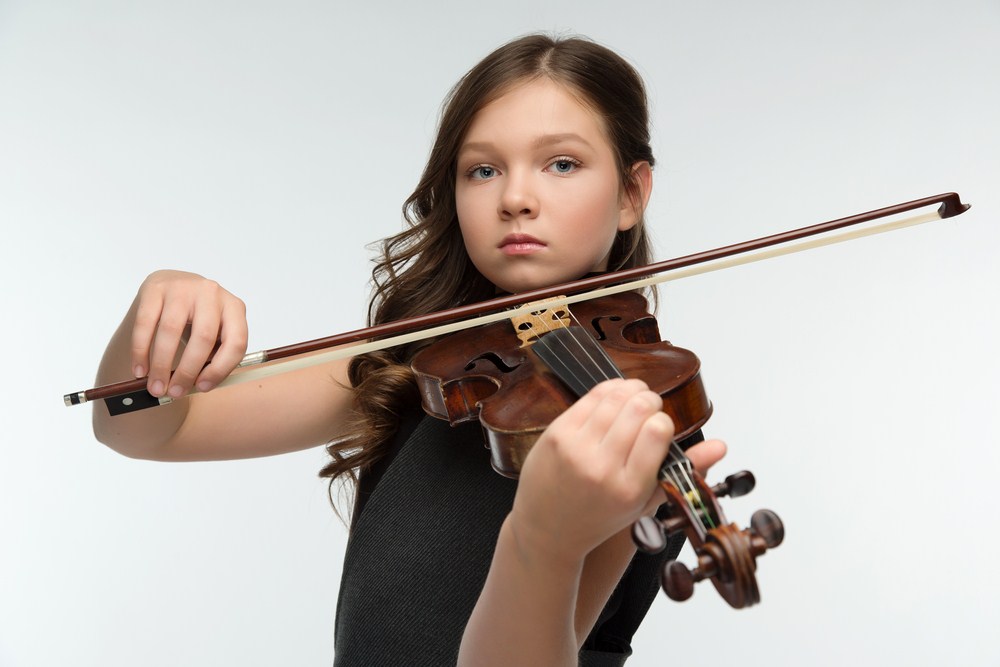 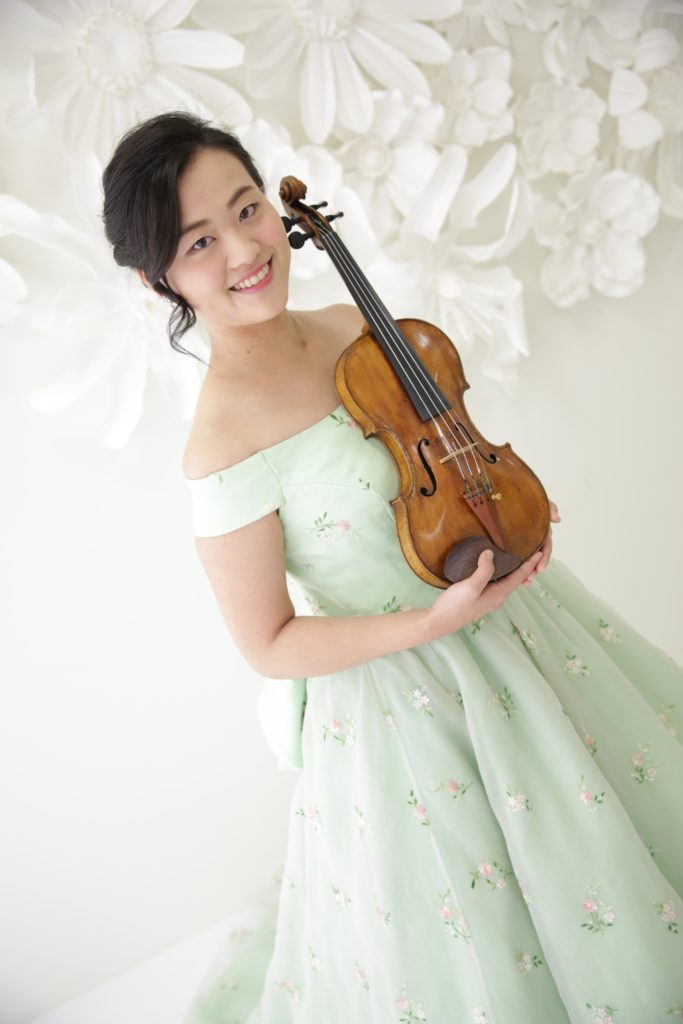 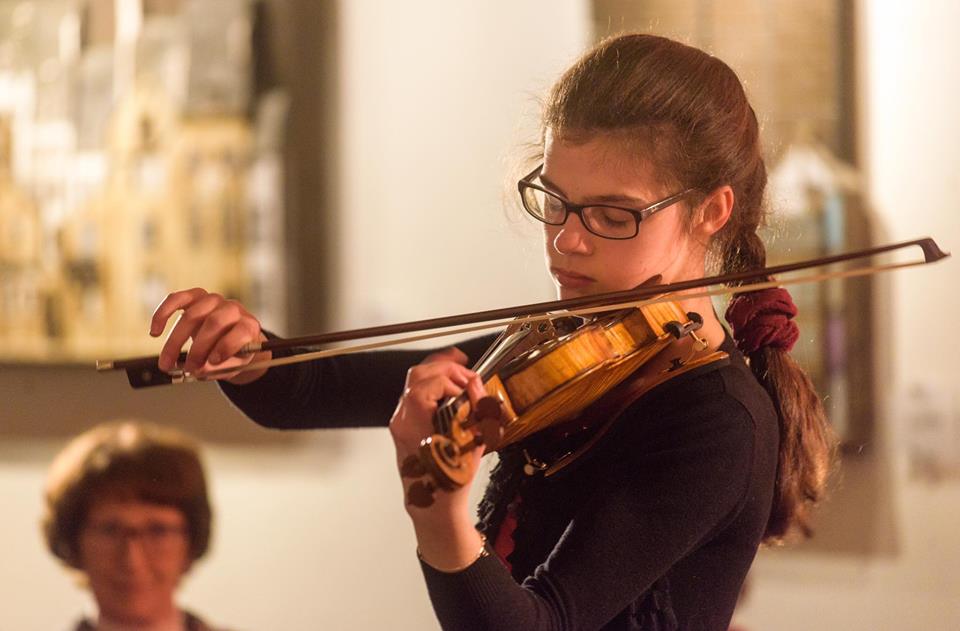 Concert of the prize-winners of Odesa Violinists International Competition 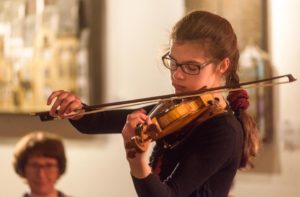 Pauline van der REST was born in Brussels in August 2004, last of 7 children from non-musicians parents. She started playing the violin with Valeriya Pavlova at the Academy of Namur when she was 6 years old.

Since the age of 7, she had been continuing her violinistic education by following private lessons with Igor Tkatchuk. In 2012, Pauline joined the Ensemble of Young Soloists of Belgium led by Ulysse Waterlot and became its leading violin in 2015.

She is a winner of the following international music competitions:

She followed master classes with Vadim Tchijik, Aleksey Semenenko, Hrachya Avanesyan, Stanislav Pronin, Albert Markov and with Alexei Moshkov. Pauline has been invited to take part to several festivals in 2015, 2016 and 2017 in Belgium, France, Czech Republic, Portugal, Greece, Croatia, and Turkey. In 2016, she was invited to take part to the Vladimir Spivakov Foundation festival. 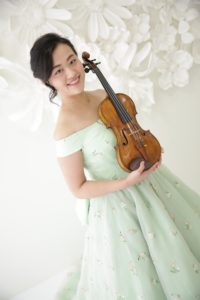 MAYU TOMOTAKI   She was born in Nara (Japan) in 1995, started learning the violin at the three and a half of age with Ikuko Todo. At the age of eleven, she started to study with Hitomi Aihara at Tenrikyo Ongaku Kenkyukai Music Institute. Since 2014 she is studying at the University of the Arts Berlin with Prof. Latica Honda-Rosenberg. She won the numerous prizes of national and international competitions such as Prize Committee of Honour for the best interpretation of Bach at 24th Postacchini Violin competition in Italy, 1st prize at 23rd Ibolyka-Garfas-Stiftung Violin competition in Berlin, 1st prize at 22nd Classical Music Competition Japan, Odessa International Violin Competition and among others. As a soloist, she played with Polish Chamber Philharmonic, Jenar Symphony Orchestra, Mendelssohn Summer School Festival Orchestra, and UdK Orchestra.

She attended the master class of Midori, Michael Frischenschlager, Edward Zienkowski, Christian Altenburger, Nicolas Chumachenco, Ernst Kovacic, Donald Weilerstein, Tanja Becker-Bender, Christoph Schickedanz and Latica Honda-Rosenberg. In the Summer 2015 she has participated “Mahler Academy” at Bolzano (Italy), had lessons from David Watkin and played orchestra under Daniel Harding. At the “Encuentro de Santander 2016”(Spain), she played chamber music with Alexander Rudin and Hansjörg Schellenberger. She is currently supported by the program of Japanese government, Program of Overseas Study for Upcoming artists sponsored by the Agency of cultural affairs and “Freunde Junger Musiker Berlin” Foundation. 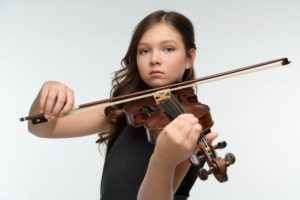 Alexandra KHMARA was born in Kiev on 05.01.2005. She started playing violin from 6 years old. Currently studying at M.Lysenko music school in the class of Honored Artist of Ukraine Bogdana Pivnenko.

Alexandra performed concerts in Ternopil, Chernivtsi, Ostroh, Cherkasy, Kryvyi Rih, as well as abroad – in Poland,  in the Netherlands, in Belgium, in Italy. In Kiev, Alexandra played in such halls as the Column Hall of the National Philharmonic of Ukraine, the Great and the Small Halls of the NMAU, the House of Scientists, and others. As a soloist Alexandra performed with the Kyiv soloists orchestra, the Ukrainian variety symphony orchestra, “Kyiv Camerata” ansamble, orchestras of Zaporozhye, Ternopil, Cherkasy, Khmelnitsky. 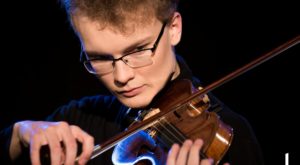 He has been studying music since he was 5 years old. At the age of 6, Dmytro has began his studies at the Kharkiv Specialized Musical boarding school under supervision of Ludmila Varenina.

Dmytro is award winner of the following international music competitions:

In June 2016 was graduated from Kharkiv Specialized Music School.

In Oktober 2016 Dmytro has begun his Bachelor studies at the Folkwang Universität der Künste (Essen,Germany) in the class of Prof. Boris Garlitsky.

In 2017 took part in several festivals and workshops in Kronberg Academy (Germany).