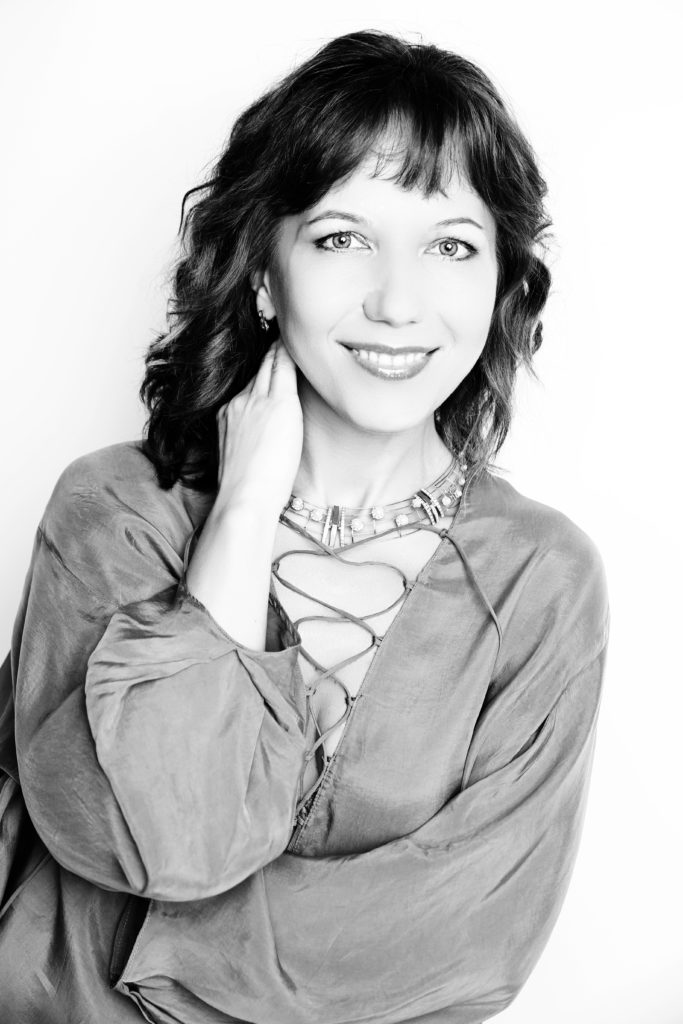 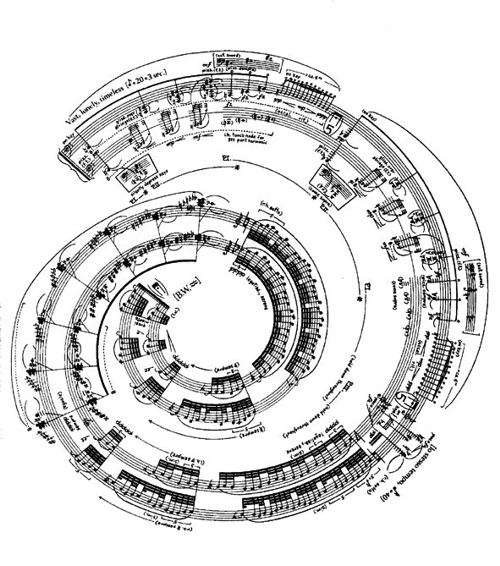 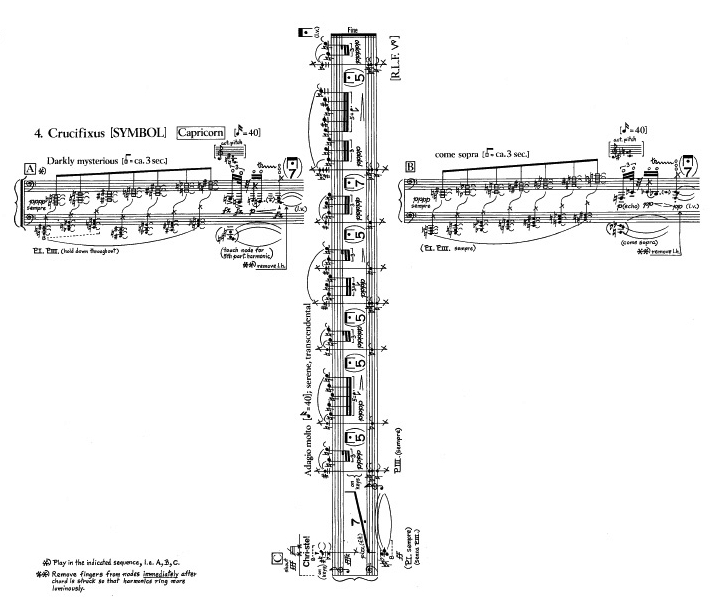 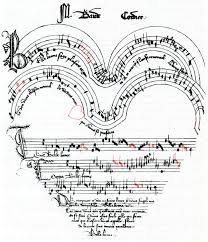 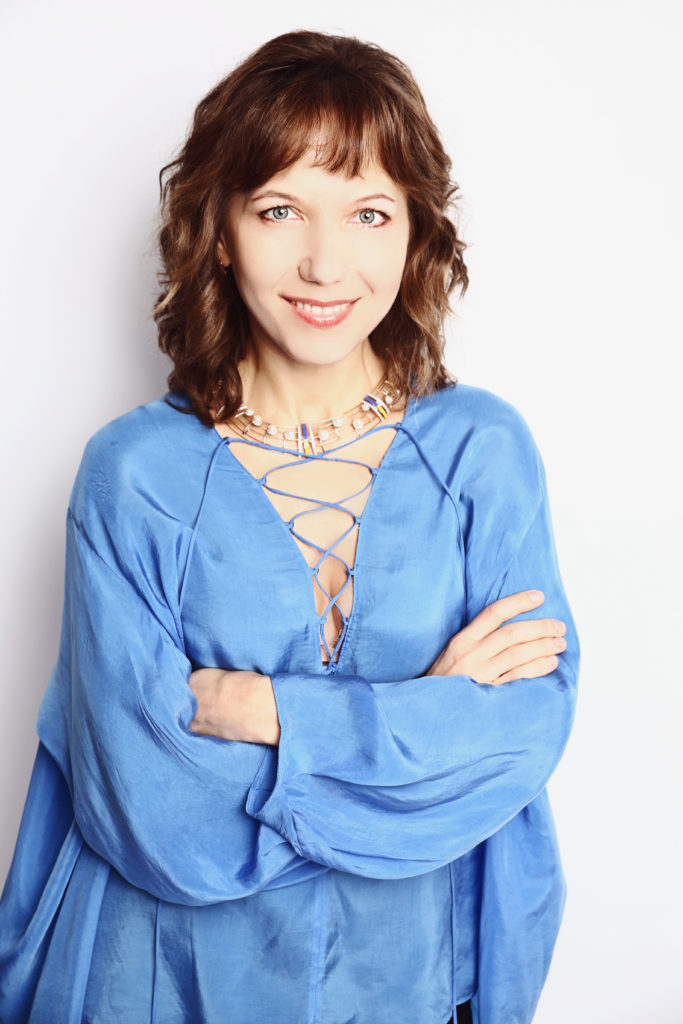 Makrokosmos is a series of four volumes of pieces for piano by American composer George Crumb. The name alludes to Mikrokosmos, a set of piano pieces by Béla Bartók, one of Crumb’s favorite 20th-century composers. The first volume of the set was composed in 1972, while the last was completed in early 1979; the first performance of all four volumes in sequence was given by Yvar Mikhashoff, Aki Takahashi, Stephen Manes, Freida Manes, Jan Williams and Lynn Harbold, in Buffalo, New York, on 12 June 1980.
Volume I
Makrokosmos, Volume I was composed in 1972 for pianist and friend David Burge (who previously commissioned and premiered Crumb’s Five Pieces for Piano (1962)). The collection is subtitled Twelve Fantasy-Pieces after the Zodiac and is scored for amplified piano. Its contents is as follows:

Volume II
The second volume of Makrokosmos was completed in 1973. It largely follows the organizational scheme of the first volume, bears the same subtitle (i.e. Twelve Fantasy-Pieces after the Zodiac) and is also scored for amplified piano. Crumb has stated that the two volumes form a sequence of 24 fantasy-pieces. Volume II comprises the following works:

Volume III
A collection of five pieces completed in 1974 and titled Music for a Summer Evening forms the third volume of Makrokosmos. It departs considerably from the previous two. Commissioned by the Fromm Music Foundation for Swarthmore College, the work is scored for two amplified pianos and percussion (two players), contains fewer pieces, and does not associate any of the pieces with Zodiac signs. The contents are as follows:

Nocturnal Sounds (The Awakening)
Wanderer-Fantasy
The Advent (including Hymn for the Nativity of the Star-Child)
Myth
Music of the Starry Night
Three of the pieces bear an epigraph: piece 1 from Salvatore Quasimodo’s poem Ulysses’ Isle, piece 3 from Pascal, and piece 5 from Rilke. Music for a Summer Evening was premiered by Gilbert Kalish and James Freeman (piano), Raymond DesRoches and Richard Fitz (percussion) at Swarthmore College, Pennsylvania, on 30 March 1974.

Volume IV
The collection that forms the fourth instance of Makrokosmos is titled Celestial Mechanics, and subtitled Cosmic Dances for Amplified Piano, Four Hands. It was completed in April 1979. 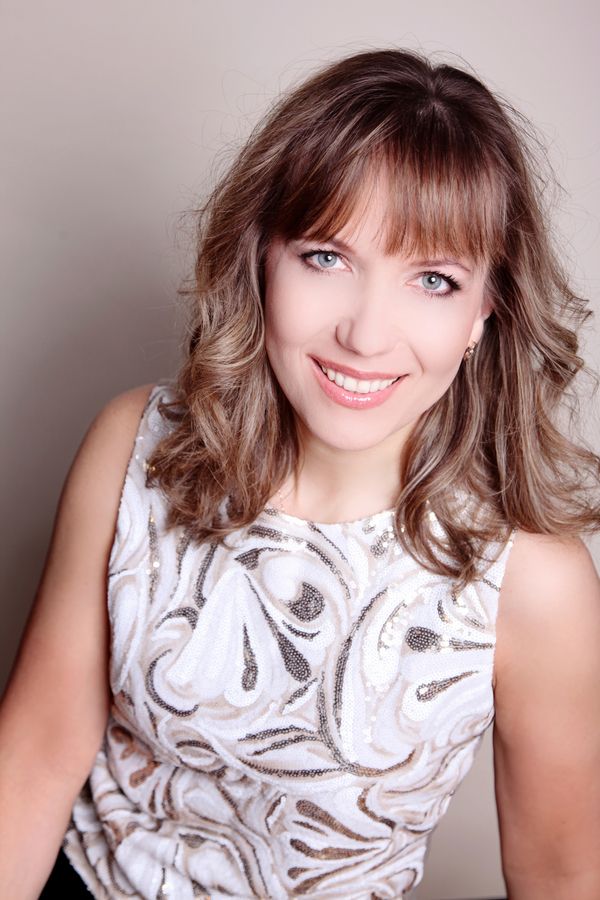 “She masters the instrument in an extraordinary way. It is as if such problems as technique, sound palette and interpretation do not exist for her. All of it sounds very convincing” – These were the words about Natalya of one of the greatest conductors of the twentieth century, Evgeniy Svetlanov

Having a vast repertoire, she does not only perform on a contemporary grand-piano but also elegantly masters historical instruments.