Mr Vasyl Vovkun, Manager and Artistic Director of the Lviv National Opera: «There are no problems we can’t solve», that’s my motto 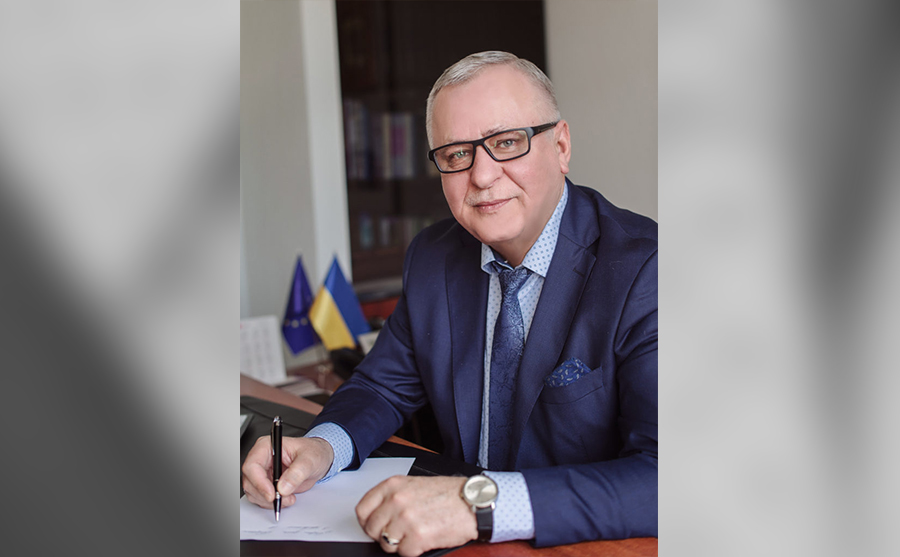 The Lviv Ballet is one of the most important dance companies of the Eastern Europe. It was founded in 1939 and the first performance was Ludwig Minkus “Don Quixote”. Today, the company mix tradition and innovation by integrating the classical repertoire with various contemporary productions without forgetting the local culture.

Giada Feraudo and Fabiola Di Blasi met for you the Manager and Artistic Director of the Lviv National Opera, Mr Vasyl Vovkun, famous ukranian director and screenwriter, a man of culture who was Minister of Culture and Tourism between 2007 and 2010.

Mr Vovkun, the Lviv National Opera has a very wide repertoire as we can see on your website. How do you program the Seasons? Do you prefer traditional or modern productions?

The main goal that guides the organization of our Seasons, is to reach a trasversal audience of all ages. Talking about the genres, we can say that we have them all: music, opera, ballet and operetta. Lviv is today the meeting point of many cultures and artists with different backgrounds are invited to work with us. In some ways, we are much more open than other entities around us. After the Soviet era, during which we were not authorised to improve our cultural level due to the impositions of the regime, many Ukranian theatres remained static at the programming level. We surely would like to increase the value of our identity by including in the program local composers and artists and all those personalities who have a bond with our country. Tchaikovsky, for example, was Russian-Ukranian; Stravinskij spent the summer holidays in the family house in Ukraina where he worked on many compositions. We recently staged his ballets The rite of spring and Pulcinella, with the coreography of Marcello Algeri, our Ballet Director. So our mission is to represent our history and, at the same time, to increase our repertory with the major composers like Verdi, Wagner, Mozart, Offenbach… also with modern productions, to create the largest audience possible. Although Lviv is currently one of the most vanguard places, we haven’t forgotten to keep our true identity our identity. For example we produce our set designs and costumes in our workshops, and we store them, so we’ll be ableto perform them many times during a season or future seasons, since the repertoire is always in style.

In Italian theaters, especially in the ballet companies, there is a particular problem financially, due in part to the lack of funding. How does this element function in the theaters of the Ukraine?

Financially speaking we don’t have the support of the gouvernment, it only provides for the minimum expenses and salaries of the theatre. We don’t receive any other loans. Even private sponsorships in this period are not very interested in investing in culture because they can’t see an immediate return. This situation is a big incentive for us to do our best with the purpose to grow more and more, to have a better communication with other theatres and to create a system for tickets sales for our productions. Of course it’s not always easy because of the high cost of productions and taxes but we try to put our best foot forward. This is the reason why we believe it’s necessary to improve our skills to be indipendent, without help from outside sources.

There are no problems that we can’t solve: that’s my motto.

How do you finance precisely your activities?

We have devised three ways to earn money: through ticket sales, guided tours and the renting of our spaces. For ticket sales, we did an audience study research and we now have a dynamic pricing system, that garantees a sold out performance even during the weekdays. Furthermore, our theater can always be visited, and we organize different types of guided tours, including one reserved for children. I want you to know that the visitors are allowed to see the entire theater, from the stage to the workshops. The last way we’re able to obtain money is the rent of the theater but this is something we want to do less often in the future.

Ballet has always been an important part of European tradition and culture and in Lviv you have all of the most famous classics in the repertoire. In what way did the ballet become a part of your culture and how do you work on it?

To discuss ballet we need to start from the school of the Bolshoi theatre. In the past everyone was connected to that institution, but today in Lviv we have our ballet school created not only by Russians, and this is very important for us. In the history of ballet we can find many famous Ukranian artists. Serge Lifar, for example, who always wore the traditional Ukranian shirt even when outside of his country, to pay tribute to his origins. When we talk about dance, we always think of Russia but not everything comes from there! Think about “Nureyev” for example: his surname is from Kazakhstan. (With the advent of the Soviet Union his grandfather with Tartar origins had been forced to change his name, Nuri Fasli, to Nureev, the surname that everyone knows today, ed). The Russian school arrived in Ukraine through important coreographic centres like the one in Minsk, that contributed to the growth of local talents. Unfortunately many of our talented professionals left the country for various reasons.
The classical school has a great importance here, it’s considered a part of our society and for this we want to safeguard it by programming the great classics, which are always sold out events.
As we said, during the Soviet era, the modern and foreign influences were not considered but we understood that we need them to make our culture richer. That’s why we are adding modern productions little by little. The collaboration with Marcello Algeri is really important for us. With him we have acquired a new vision of ballet.

Among your activities do you have educational projects for young people and schools to prepare the spectators of tomorrow?

We also work a lot on this aspect and we organize nearly every day guided tours and laboratories for children. The project is called “Steps to Parnassus” and this idea comes from the fact that we have an italian painting, made in Rome, that represents the Mount Parnassus with the Muses. It’s hung in front of the curtains before every performance and we explain ithe significance of the painting to the audience as we do during the children’s tour before they go visit the workshops, the costume shop, the rehearsal studios and other spaces. We also stage many shows, especially on Sunday matinées, dedicated to the young people, like The Sleeping Beauty and Snow White, two of the most popular titles.

Have you programmed any international tours, particularly in Italy, or any other interesting projects?

We already toured in France with The Nutcracker, in Poland, in Luxembourg, and we are working on other international tours. We also planned an important opera competition that will take place in november in our theatre (you can find it on our website www.opera.lviv.ua/en/). The first prize is 10.000 €. In the upcoming Season we are going to have a significant role in the organization of the Serge Lifar Prize in Kiev: it’s a very important competition and Mr. Vovkun already had a key role in the organization of the first edition.

Did you enjoy your participation in the jury of the “Premio internazionale danza giovani città di Sanremo 2019”?

Yes but I have immediately noticed that the number of girls was significantly superior to the boys. This surprised me because in the eastern countries dance is seen like an activity for everyone. There is dance culture in schools and the ratio of women to men is proportionately equal. The Dance needs men too.

Home/News/Top news/Mr Vasyl Vovkun, Manager and Artistic Director of the Lviv National Opera: «There are no problems we can’t solve», that’s my motto