As war rages in Ukraine, ballet dancers return to the stage 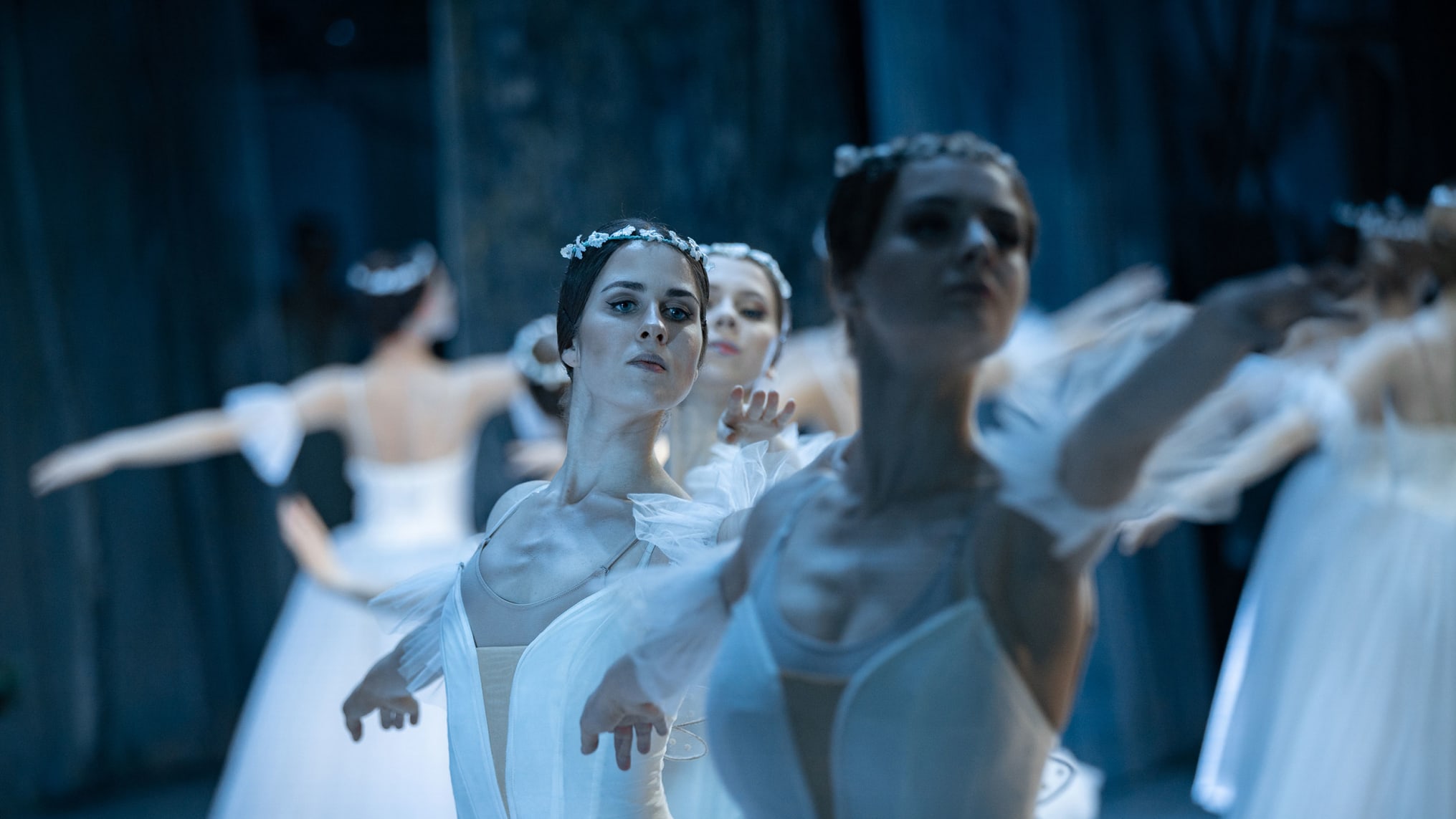 In the western Ukrainian city of Lviv, residents are trying to reclaim a sense of normalcy as fighting intensifies elsewhere in the country.

With the audience waiting eagerly in its seats, a familiar message echoes through the hall, reminding patrons to turn off phones and immerse themselves in the experience.
It’s immediately followed by a more abnormal announcement. “Dear guest, our event will be suspended in case of air raid alert. Dancers and spectators must go to the bomb shelter situated in the theater,” it tells the crowd — a poignant reminder that this is not a regular night at the theater.
Then the lights dim, the orchestra begins to play, and a dancer appears on stage from the wings.
Lviv National Opera was forced to close its doors on February 24 when Russia launched an unprovoked and violent assault on Ukraine. It welcomed theater enthusiasts back for its first full production on Friday night.
“One way or another, the war affects us all,” the opera’s artistic director, Vasyl Vovkun, tells CNN. “We understand that light must defeat darkness, that life must defeat death, and the mission of the theater is to assert this.” 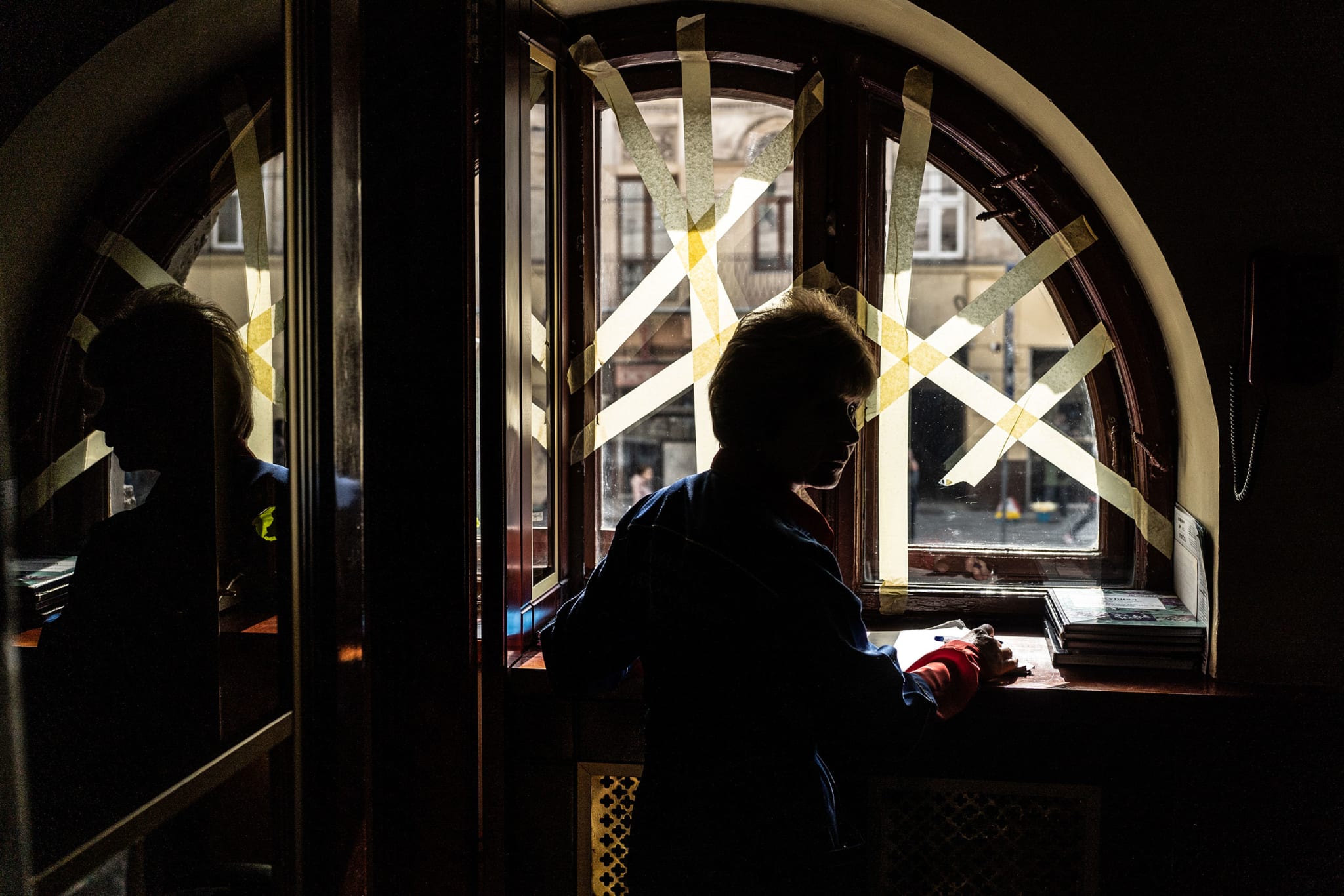 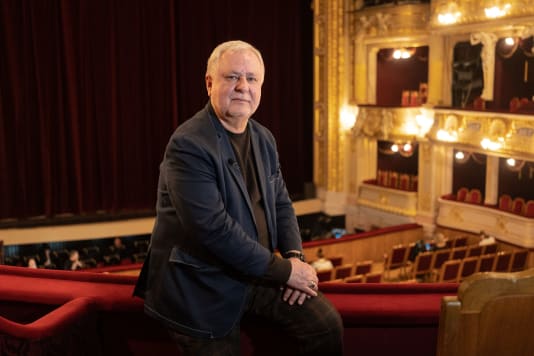 Vasyl Vovkun, 64, artistic director of the Lviv Opera, poses for a portrait in the theater hall. Credit: Serhii Korovayny for CNN 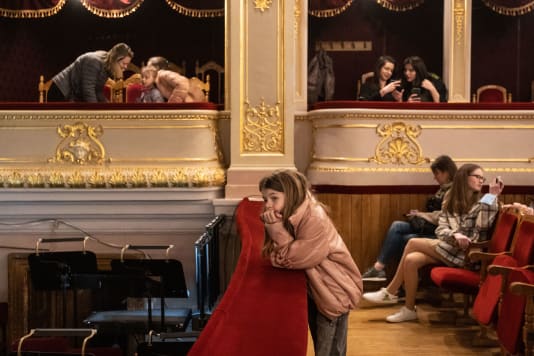 A child waits for the show to restart after intermission. Credit: Serhii Korovayny for CNN 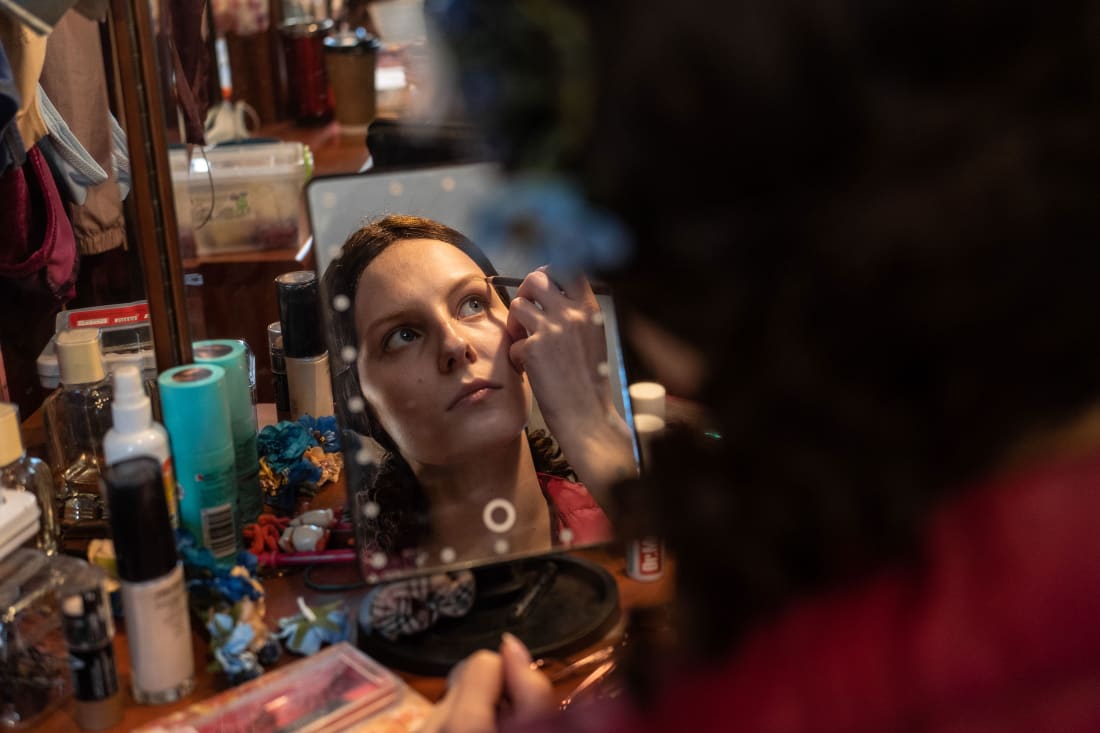 Daryna Kirik, 21, a leading ballet dancer at the Lviv Opera, prepares for the show. Credit: Serhii Korovayny for CNN

To start, he’s chosen a well-performed ballet classic, “Giselle.” A ballet of two acts, it tells the tale of a beautiful peasant girl who dies prematurely after being betrayed by the man she loves.
The 64-year-old former minister of culture and tourism explains: “Giselle also has all shades of joy and sadness, there is also death and there is also the victory of love. And in fact, this topic is consistent today. Even when we hear a lot about death, we still hope, both in this work and in life, that love will win, life will win.”
While his pick has proven popular — with tickets selling out — many of the seats remain empty.
“Despite the fact that we can only accept 300 people because we can only take that many in the shelter, it is still a great mission for us,” Vovkun continues. “To give people something to forget the news … in this difficult time, because there is no good news in war. And for them to be spiritually resurrected during the war, looking at this piece of art.” 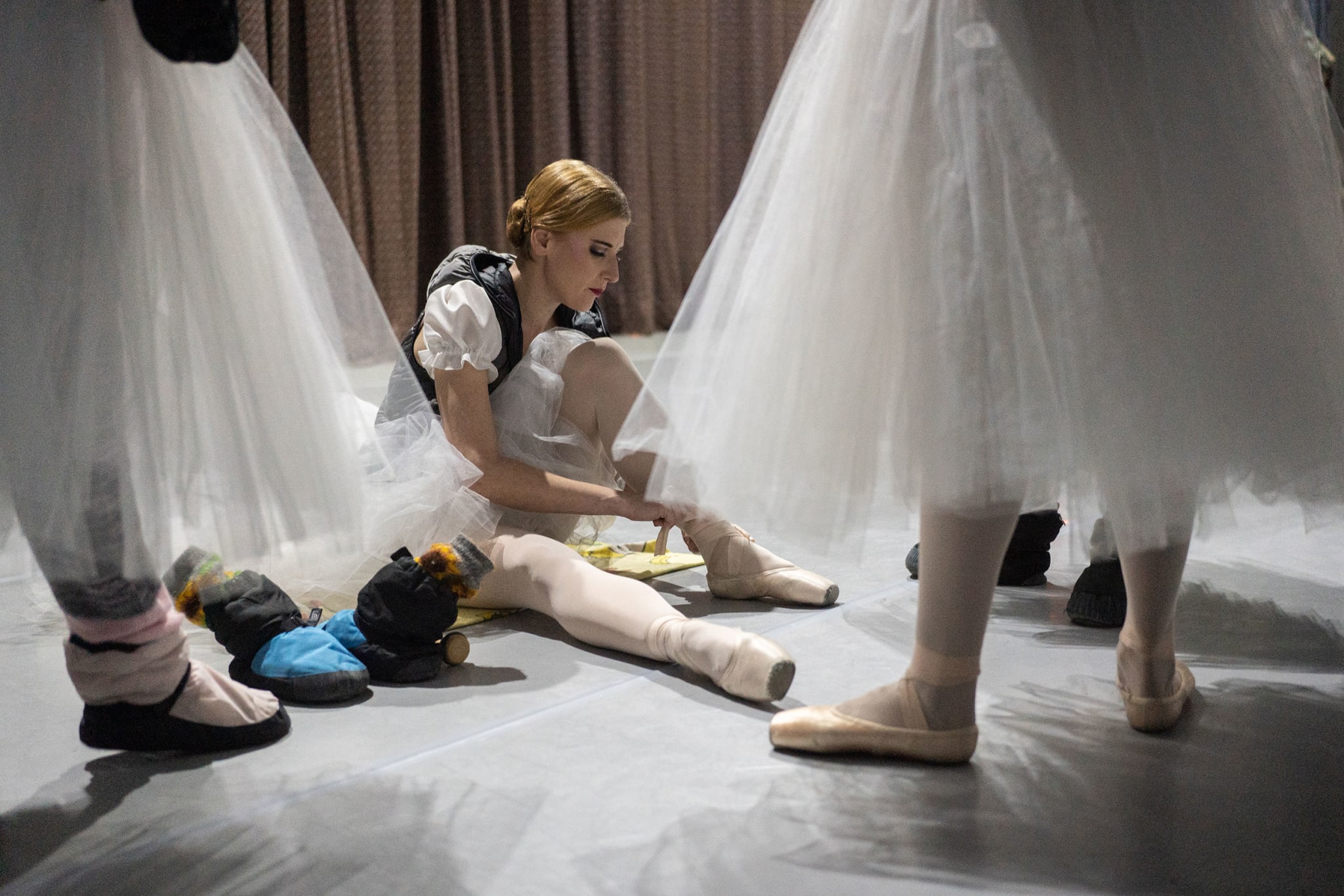 Putting on a good show is of the utmost importance to the theater’s army of artists. Hours before the performance, production staff were triple checking lighting while others made sure every detail on set was perfect.
Within the bowels of the theater, costumers hustled up and down the stairs, tutus in hand. Meanwhile dancers shuffled along the corridors, their precious feet in protective slippers. 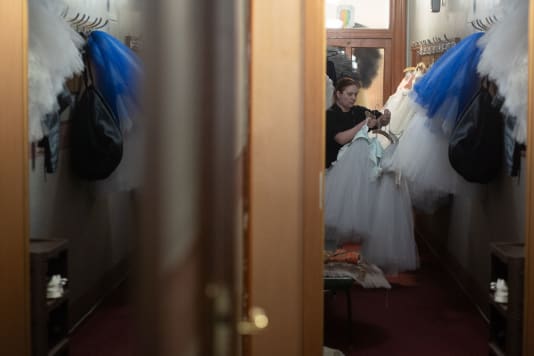 An employee prepares costumes for the evening production. Credit: Serhii Korovayny for CNN 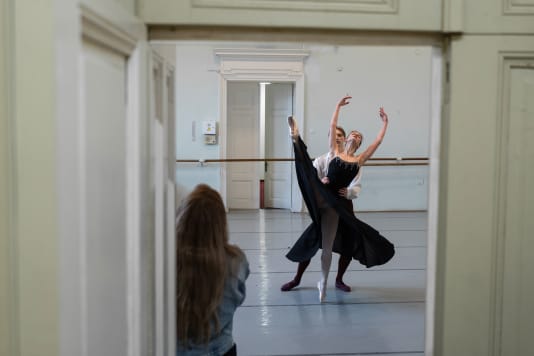 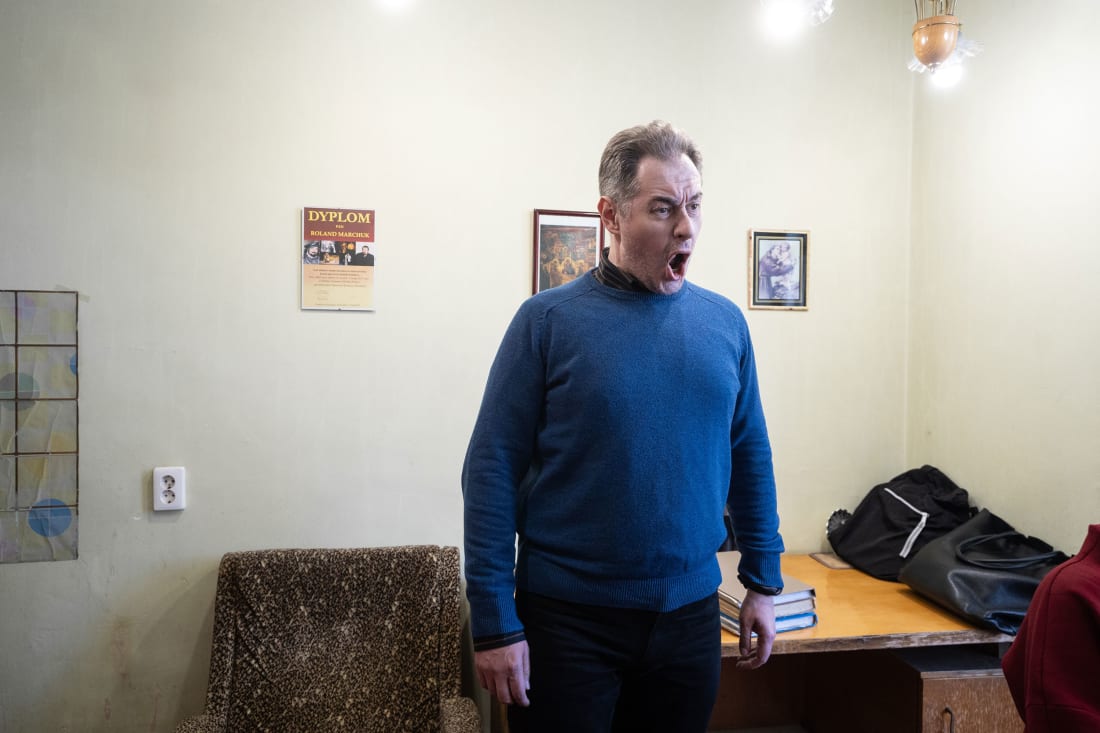 From one of the practice rooms, a bass voice reverberated up the narrow staircase to the rehearsal rooms on the top floor. In another part of the building, ballerinas sat quietly as stylists teased their hair before smoothing and pinning tightly in to place.
Maria Malanchyn, 68, has worked as a make-up artist at the cultural institution for five decades. She tells CNN the opera house is needed now more than ever.
“In my opinion, culture is obligatory, always, more so now,” she explains. “Now we have a lot of displaced people, it’s very difficult for them. But we show them that life can go on.” 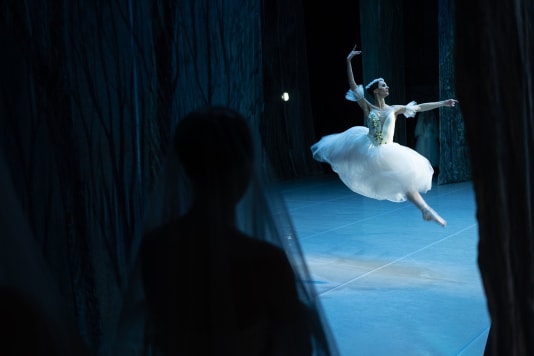 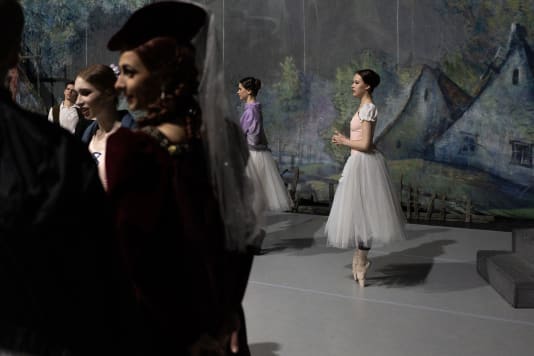 The dancers prepare themselves moments before the show begins. Credit: Serhii Korovayny for CNN 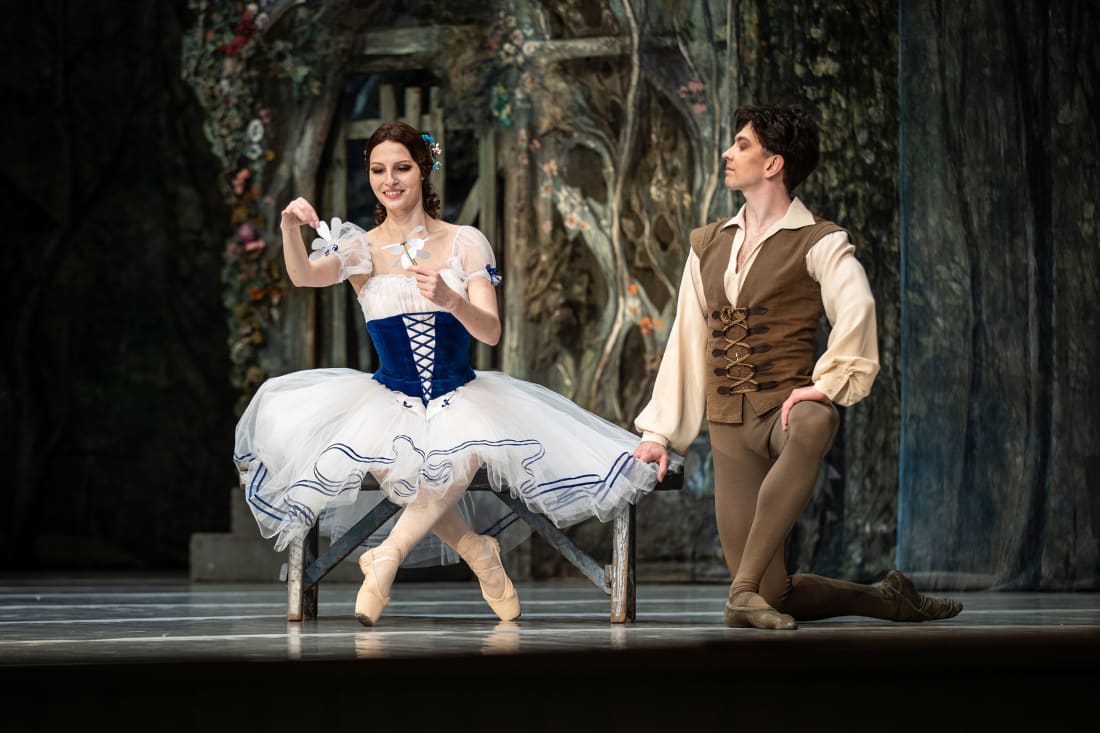 Daryna Kirik and Olexandr Omelchenko perform the ballet “Giselle” — the first full performance to be shown at the Lviv National Opera since the start of the war. Credit: Serhii Korovayny for CNN

Daryna Kirik, 21, plays the lead role of “Giselle.” Like many in the country, her life has been upended by the war and the horrors of Bucha, where mass graves were recently found.
“Dancing helps to distract from what’s happening,” the soloist says. “Most of my relatives are in Kyiv and Kyiv region now. My mom and my grandmother and her sister survived occupation in Bucha. My mother managed to evacuate herself and the pets. Now she is in safety in Poland restoring her nerves.”
For Kirik, returning to the stage has given her a renewed sense of purpose and an opportunity to express her feelings through her craft.
She says what she likes most about playing Giselle is the “opportunity to express emotions in the madness scene. All the negative emotions which are being accumulated for a long time can flow out together with those emotions of the character.” 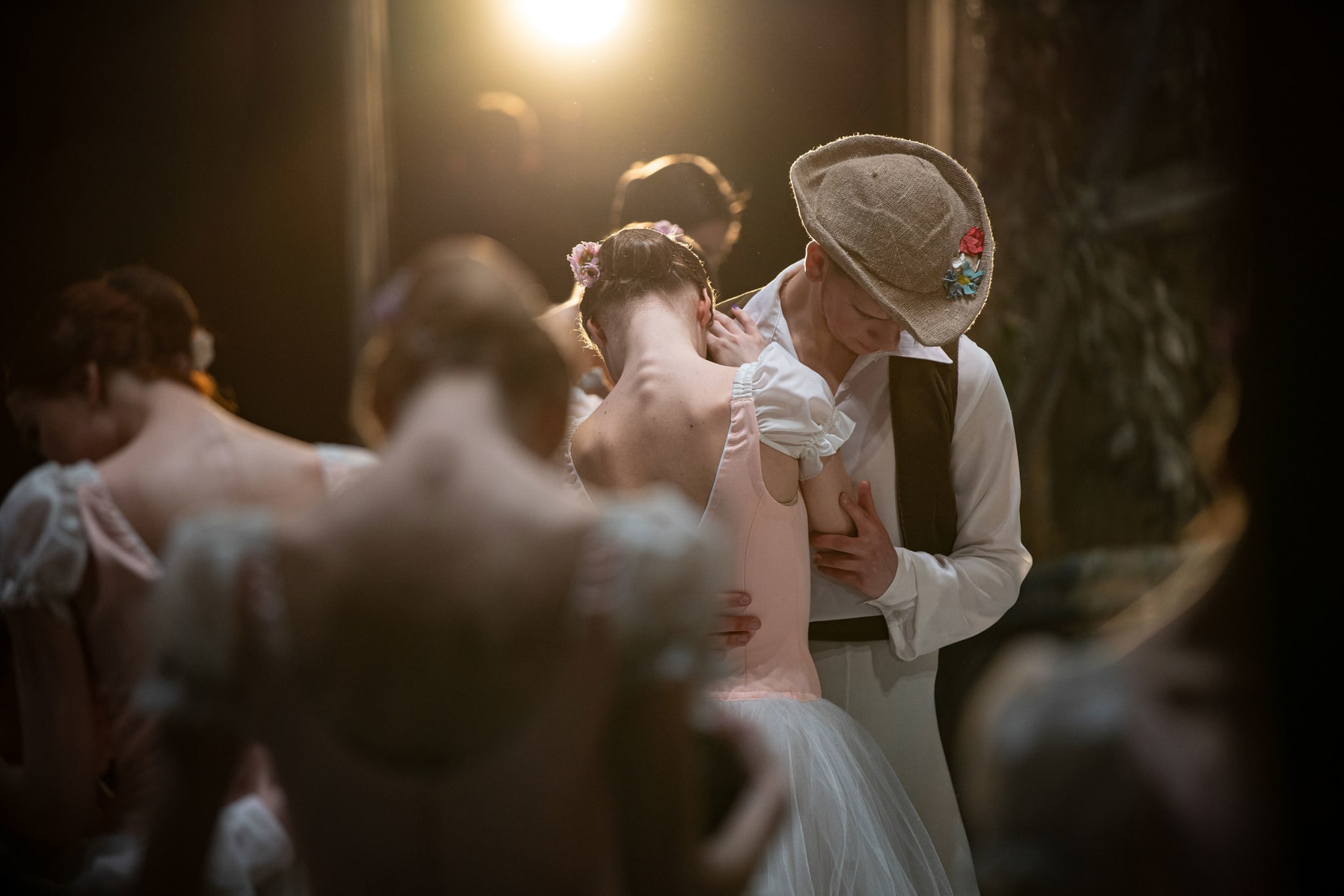 Two dancers embrace as part of the performance. Credit: Serhii Korovayny for CNN

And for a few hours, the audience is transported away from the chaos of reality. The crowd is captivated with every leap, lift and arabesque.
It is only a two-hour show but it appears to have achieved its goal to lift the spirits of those in attendance.
“After you visit this place, you understand that life can’t be defeated. Our life can’t be bombed, or destroyed by missiles or chemical or nuclear weapons,” says Victoria Palamarchuk, a 50-year-old journalist, currently staying with extended family in Lviv after leaving her home in the central Zhytomyr region.
With a warm smile, she adds: “Life can’t be defeated while such places exist — theaters, opera, and ballet theaters — while people are coming here and feel joy with these sounds.”