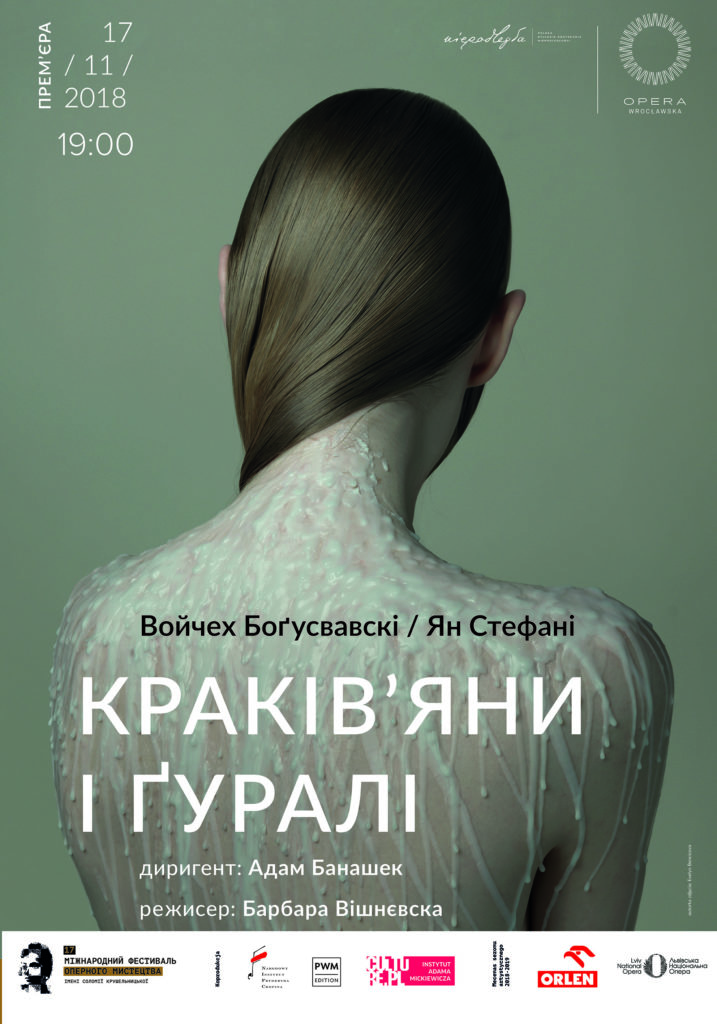 About the opera “Cracovians and Highlanders”

“Cracovians and Highlanders” occupies a special place in the history of Polish music. The premiere of the opera was on March 1, 1794 in Warsaw theatre. Jan Stefani, the author and Czech by birth, was a violinist of the Royal Theatre Orchestra. The opera was staged by Wojciech Boguslawski, the founder of the Polish theatre.  The creators chose the “light” vaudeville genre, which was widely spread in Europe along with comic opera.

The words “freedom, independence, integrity” were heard among funny lines of the opera; these words were forbidden when Poland was under the reign of Queen Catherine the Great. The premiere had been performed a month before Tadeusz Kościuszko swore the loyalty to the Polish people. Some considered the composition to be a call for uprising.

“Cracovians and Highlanders” had great success. The composer successfully combined classical and folk music in polonaises, polkas, cracoviennes, and mazurkas (later it became common in the works of Chopin and Moniuszko). However the performance has been forgotten for almost a century. And it was only in 1929 that the director Leon Schiller restaged the work and called it a folk opera. On the coving of the mirror hall of Lviv National Academic Opera and Ballet Theatre named after Solomiya Krushelnytska there are illustrations to Polish plays and dramas, among which there is a picture “Cracovians and Highlanders”.  It was the first opera that formed the classical style of Stanislav Moniuszko music.

Summary of the opera

The action takes place at the end of the 18th century in a village near Cracow. Two lovers, Basia and Stach, dream of getting married. Basia’s stepmother, Dorota, opposes the marriage because she loves Stach. To ruin plans of young couple Dorota wants Basia to marry Bryndas, a wealthy highlander.  Together with him, she weaves the web of intrigue.  However, Dorota fails and young couple is happy ever after.